It's a last minute pseudo-year-end wrap up. Keeping things confusing by offering this up before the season finale episode 'cuz that's how I roll. Plus, it's stuff I was going to include in that EP anyway, but thought it better to pull it out to knock down the run time and get this stuff out there before year's end.

Included herein are thank yous, podcast suggestions, ratings & reviews*, Patreon possibilities (and other $$$ talk), those damn stickers, the goal of WUH, a quick episode recap, and a preview of the season finale. Kind of. 😉

Below are the websites of the podcasts mentioned in the episode. All are also available thru iTunes and other platforms.


*If you've left a review you'll get a shout out from moi. And if that ain't incentive enough to leave a review in the future then you're dead inside. Thanks to yinz who've left one, to anyone who's given a rating, and to every single person and bot who has pricked up their ears to listen to me gab about weird movies. You rock!
Posted by Mark at 1:05 PM No comments:

It's that time of year! You know the time, when we watch Bob Clark's Holiday Classic for 24 hours. No, not THAT Holiday Classic, THIS classic! That's right, Clark's Black Christmas, the proto-slasher that, according to many, inspired John Carpenter's Halloween, and laid the bloody groundwork for one of the most popular horror sub-genres. I explore the similarities and differences between the two films, and offer up some potentially controversial theories

This is overall a shorter episode, with some talk toward the end about listeners, corrections, and other fun stuff. Next month will bring the season finale on Eraserhead, with WUH's first real, live guest, which should make it the longest episode to date.

LANGUAGE WARNING: Please note, the obscene phone calls from the film are exactly that. Only one of the clips contains this language, and it plays between 15:17-15:40


[EPISODE CORRECTION: The murder that the urban legend of The Babysitter and the Man Upstairs is supposedly based on actually took place in 1950 in Missouri.]
Posted by Mark at 12:08 PM No comments:


Hot take on a current movie I really dug, cuz why not? Trying to dig up the article about watching movies alone I mentioned in the episode, will post when/if I find it. CHEDDAR GOBLIN RULES!! And so do The Carpenters. 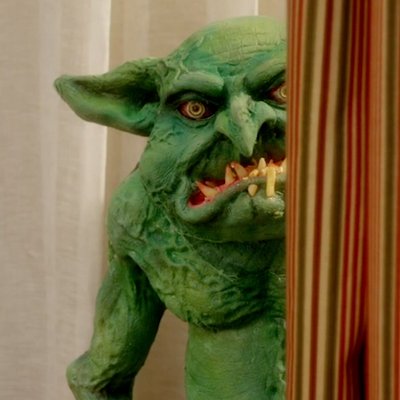 Where to watch
Posted by Mark at 6:36 PM No comments: