Welcome to the first in a three-episode series on the early horror films of Alan Ormsby and Bob Clark. The series-long co-host is Mike White, from The Projection Booth Podcast, with Heather Drain, Chris Stachiw, and Samm Deighan joining us for one of the three episodes, respectively. Also included in each episode is a portion of an interview with Simon Fitzjohn, who wrote I'm Going to Kill You, a book on the films of Bob Clark. Simon also supplied the fun promotional "menu" for the player image of this episode.

On this episode Heather Drain joins Mike and me to discuss Children Shouldn't Play with Dead Things, a low-budget horror/comedy inspired in part by Night of the Living Dead (1968). Bob Clark wrote and directed the film, with script contributions from Alan Ormsby. Ormsby also designed and created the make-up effects and plays Alan, the leader of a Miami theater troupe.

Alan, an egomaniacal tyrant, takes the troupe to an island graveyard to perform a Satanic ritual that will raise the dead, whom he wants to use as slaves. But before the real ritual begins he scares the rest of the group with help from Roy and Emerson, two other troupe members, hamming it up as ghouls. After everyone is properly frightened, and pissed off at Alan, they return to their cabin with an actual corpse named Orville. Has the summation of spirits really worked? Or is Alan just having more fun at everyone else's expense? Tune in and find out.

Ormsby's signature on the poster: 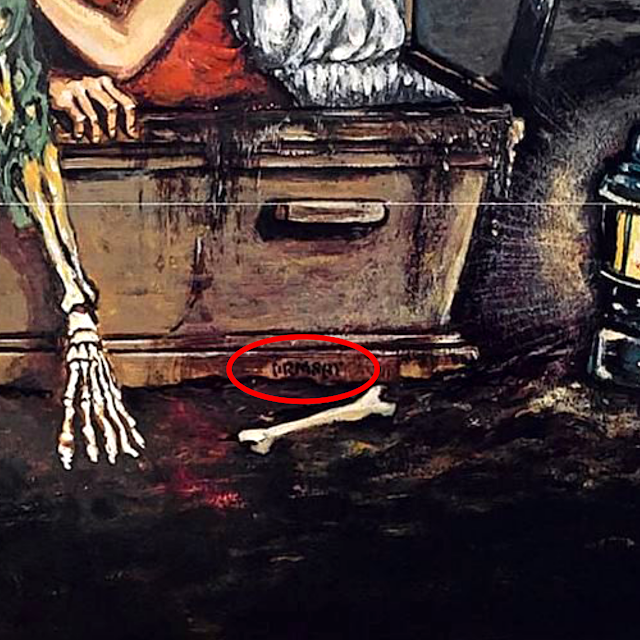 My two part chat with Simon about his quest to get The Haunting of Julia restored and released: