WUH: TV and the Projection Booth

It's been a little over a year since quarantine began. As I've discussed numerous times over this past year my brain has been a little fuzzy due to this, "new normal." My movie viewing, and therefore, my episode output, has greatly reduced. When I do have the time to watch a film I tend to seek out films I've enjoyed from my past. "Comfort films," as they say. All of this, along with my recent ruminations on past obsessions, got me to thinking about what I watched as a kid, and more specifically, how I watched things.
The second part of this episode loosely ties into the above, but is also a celebration and acknowledgement of the 10-year Anniversary of The Projection Booth Podcast. Like those stacks of movie books I poured over as a teen (see below) TPB has introduced me to numerous films I had never even heard about, let alone seen. I discuss those, plus some of my favorite episodes of the show.
In my Watch List at the end of the episode I forgot to mention the name of the film with Lulu Wilson and Kevin James. It's called Becky. Blame it on the Smooth Brain.
BONUS EPISODE:
I found that movie! Have a listen to find out what it is, as well as how my memory vs. the reality of the film differ. And to check out the story about the comic book I re-discovered after more than 35 years you can find it here. 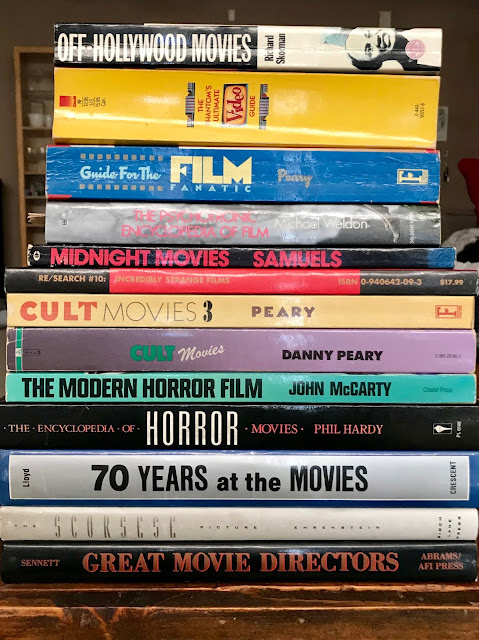